Why is it that the iconic Jamaican flag is the only national flag apart from that of Scotland that includes the saltire or St Andrew’s Cross? The answer to that question is a fascinating story that has provided the inspiration for Flag Up Scotland Jamaica. 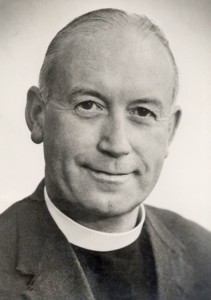 As the time of independence in 1962 approached, an initial design for the flag with three horizontal stripes in green, black and gold was deemed unsatisfactory. Rev William McGhie, a Presbyterian missionary from Scotland had become a friend of the Prime Minister Alexander Bustamante and it was after a conversation with him about the flag that suggested that he drew his design based on the Scottish flag. This design was further developed and approved. The Jamaican flag has become one of the best known in the world. 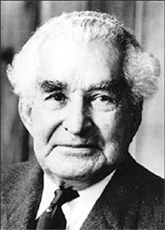 “I can vouch for the validity of the origin of the Jamaican Flag. My father Rev William R.F. McGhie, was a Church of Scotland minister who in 1957 went out to Jamaica to work as a missionary. As the date of independence was fast approaching there was an urgent need for a new design for the national flag as the current suggested design was too similar to that of Tanganyika (now Tanzania.) This prompted my father to draw out the Scottish saltire and replace the blue and white with the Jamaican colours of green, black and gold. He passed this design over to Sir Alexander Bustamante, explaining that as a Christian country he felt it was important there should be a cross in the design. Sir Alexander took the design to the appropriate committee and won their approval to have this design adopted as the national flag of Jamaica. ”

2014 is William McGhie’s centenary. He was born at 539 Edinburgh Road Camlachie in Glasgow on November 23rd 1914. He was brought up in Shettleston and Tollcross and attended Eastbank Academy. 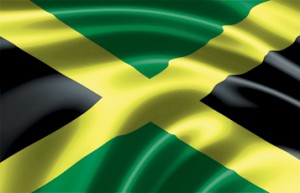 What is the origin of the Scottish flag? The Flag of Scotland, called The Saltire or St Andrew’s Cross, is a blue field with a white saltire; according to tradition, it represents  Saint Andrew, who is supposed to have been crucified on a cross of that form (called a crux decussata) at  Patras. The St Andrew’s Cross was worn as a badge on hats in Scotland, on the day of the  feast  of St Andrew.  It is the oldest continuously used sovereign flag in the world, having been in use since AD 832 – or so legend has it. In the year 832AD, Angus mac Fergus, High King of Alba, clashed with a force of Angles and Saxons led by Athelstan. Encouraged by the appearance of a white cross of St Andrew in the blue sky. the Scots and Picts won the battle. Thereafter St Andrew became the patron of Scotland, and his cross, or saltire, the emblem of the Scottish people.

The following information is reproduced by permission of the Scottish Flag Trust and more information can be found at: http://www.scottishflagtrust.com/about-the-birthplace/the-legend.

RATHER INTERESTINGLY: The word ‘Saltire’ is derived from the French word ‘sauteur’ meaning ‘jumper’. This is in reference to horse jumping, and the connection is the resemblance of the crossed poles  fences  used in  horse jumping  to that of a diagonal cross.

This Monday, 7th June at 6pm, award winning author Alex Renton will be discussing his latest book, Blood Legacy, which charts his Scottish family’s involvement with, and benefit from, the slave trade in Jamaica.  Tickets END_OF_DOCUMENT_TOKEN_TO_BE_REPLACED